Our visit to Moon Marble Company

Last fall my mom and brother and I went to moon marble company.
We had a lot of fun, and we saw marbles. Lots of marbles. 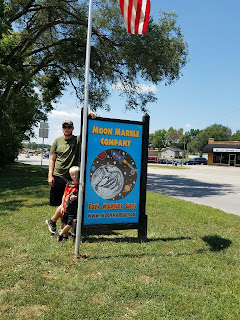 There was a wall of marbles. They were all different colors and sizes. 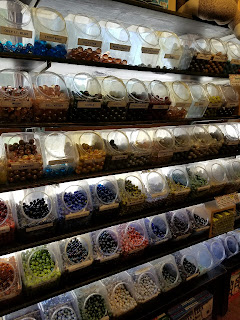 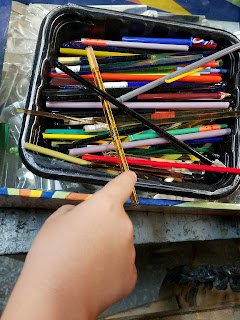 He had this little tool that he used to help make it round. 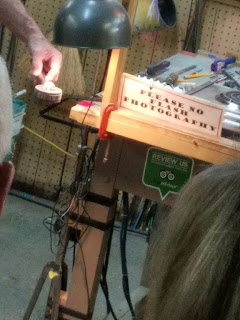 He used fire to melt it and shape it. 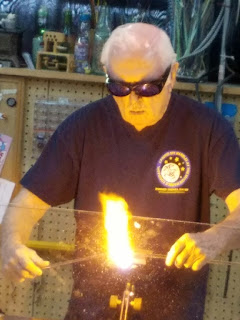 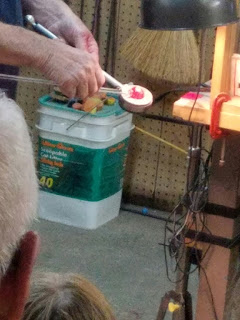 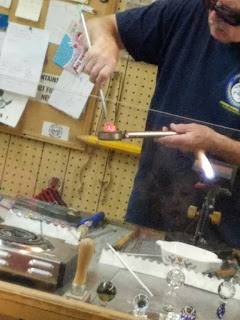 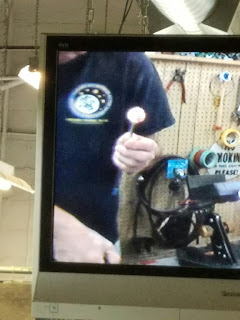 I think he heats it here. I am not sure. 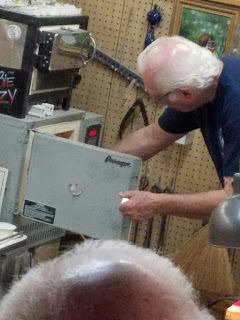 But then he breaks it off the stick and it turns into this! 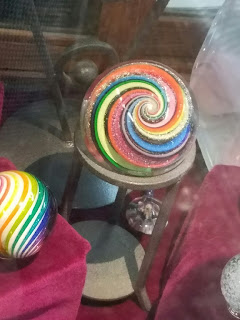 After we watched him make a marble, we looked all over the store. It had tons of toys.
Some were weird. I think my hand is stuck in his mouth. 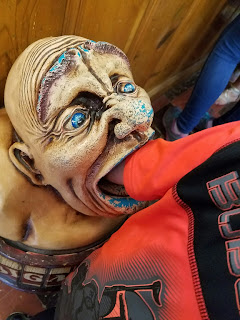 And mom said some of you would want one of these: 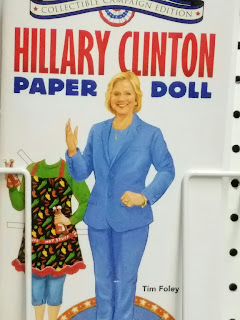 Until next time, mom and I are in outer space.... 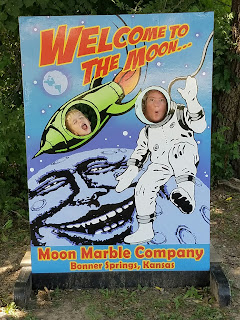 Turning this over to Stephen now...

Back when I began writing this blog for Stephen, I had such fun writing his stories and they were very popular. Then Jerry got sick, and I found less and less time to write, so eventually this fell by the wayside. I will admit that I very much missed writing Stephen's little adventures. They were so fun! Many people commented that I should become a writer. If only... but then.. you know?

So, sigh, life has gone on and on. I no longer spend every waking moment with my son because I work full time. I sent Stephen to public school for Kindergarten thinking that I "couldn't do it all". I have worked in the past while homeschooling but not such a young child. As the year went along, Stephen was showing signs of stress... stuttering again, nightmares, etc. As soon as summer hit, we could almost see the stress fall from his little shoulders, so the decision was made that no matter what, I would find the time to work full time AND homeschool my boy.

Well, we are almost at the end of his first grade year and he's already moved on to second grade work in many subject areas. He's happy, and I LOVE being able to spend my days off with him. (I work retail, days off are not usually on the weekend and I actually prefer to work the weekends. ) We spend much time outdoors on our days off, doing nature studies, or roam schooling to various places of interest. This school year we've been to Moon Marble, Fantastic Caverns,  a small military museum, as well as other places.

I have decided that this blog would be a good way to develop Stephen's writing skills. So at first, I will load the photos and coach him using questions... asking him what he thinks might be good to write. We will take turns typing, as he gets tired of it, I'll take over, by typing his words.

Slowly over time, I'll turn all typing over to him, and eventually as he grows older, I'll leave more and more of the blog to him to write.

He has chosen the theme, colors, etc. It's time for me to let my baby grow up a little. But I'll still hold his hand...

Please enjoy his writings, please share if you see something you like because it is his dream to Vlog someday (video blog on YouTube), and this is a first step. (Yes, truly that is a HUGE dream of his...he really really wants to Vlog someday so we are testing the waters here. )

And I'll step away now.
-Tonya
Posted by Miss Hillbilly at 10:48 AM No comments:

Going to St. Petersburg (part one)

Mommy and I decided to go on a road trip.
She said we are going to Hannibal, but I keep telling her the name of the town is St. Petersburg.

That is because, on the way, she let us listen to this story in the car: 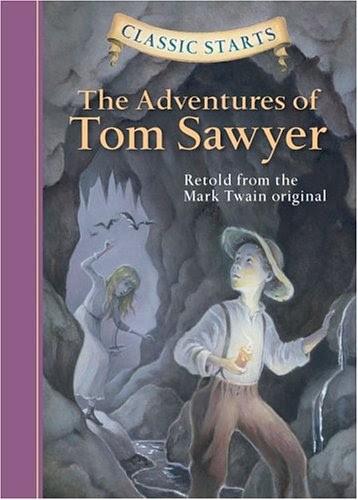 And if you read the story, you will know that the name of the place is St. Petersburg. Not Hannibal.

The first place we went to is the Train Museum. 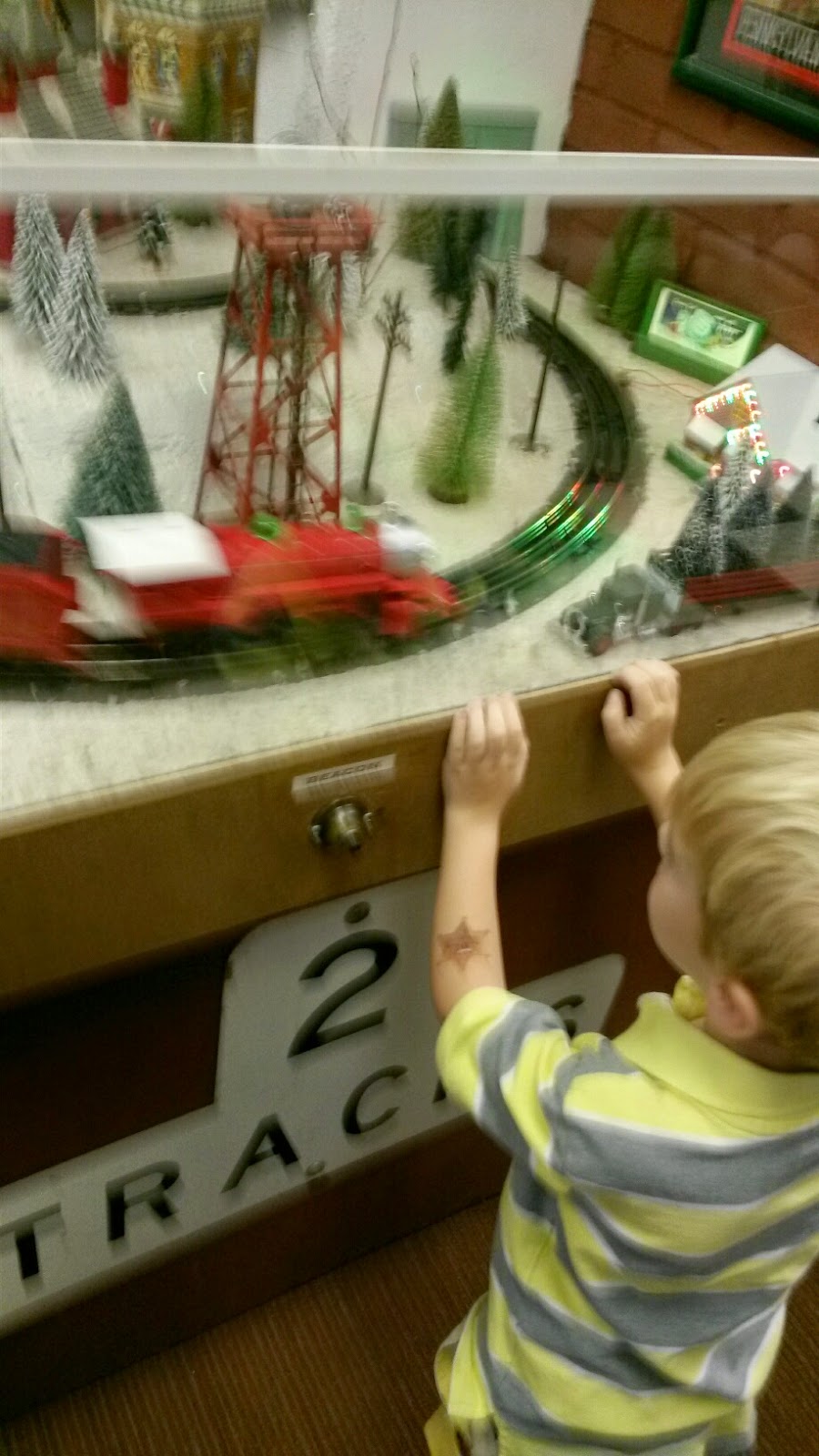 It had little buttons all over the shop. When you pushed them, trains started going, or the gate would move or things like that. 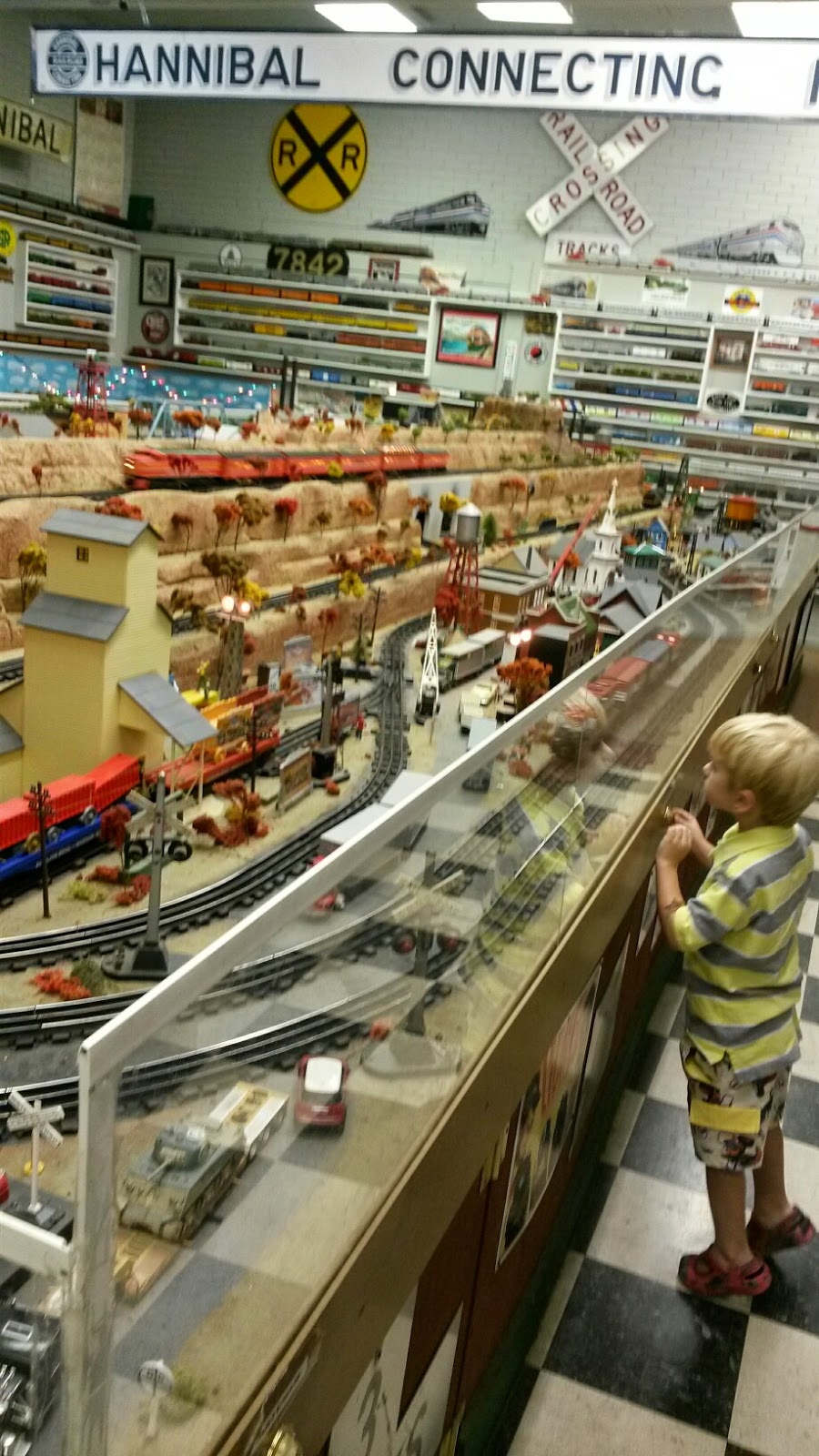 There was a collection of trains that was so cool and so old.
My favorites were trains that carried helicopters and airplanes. 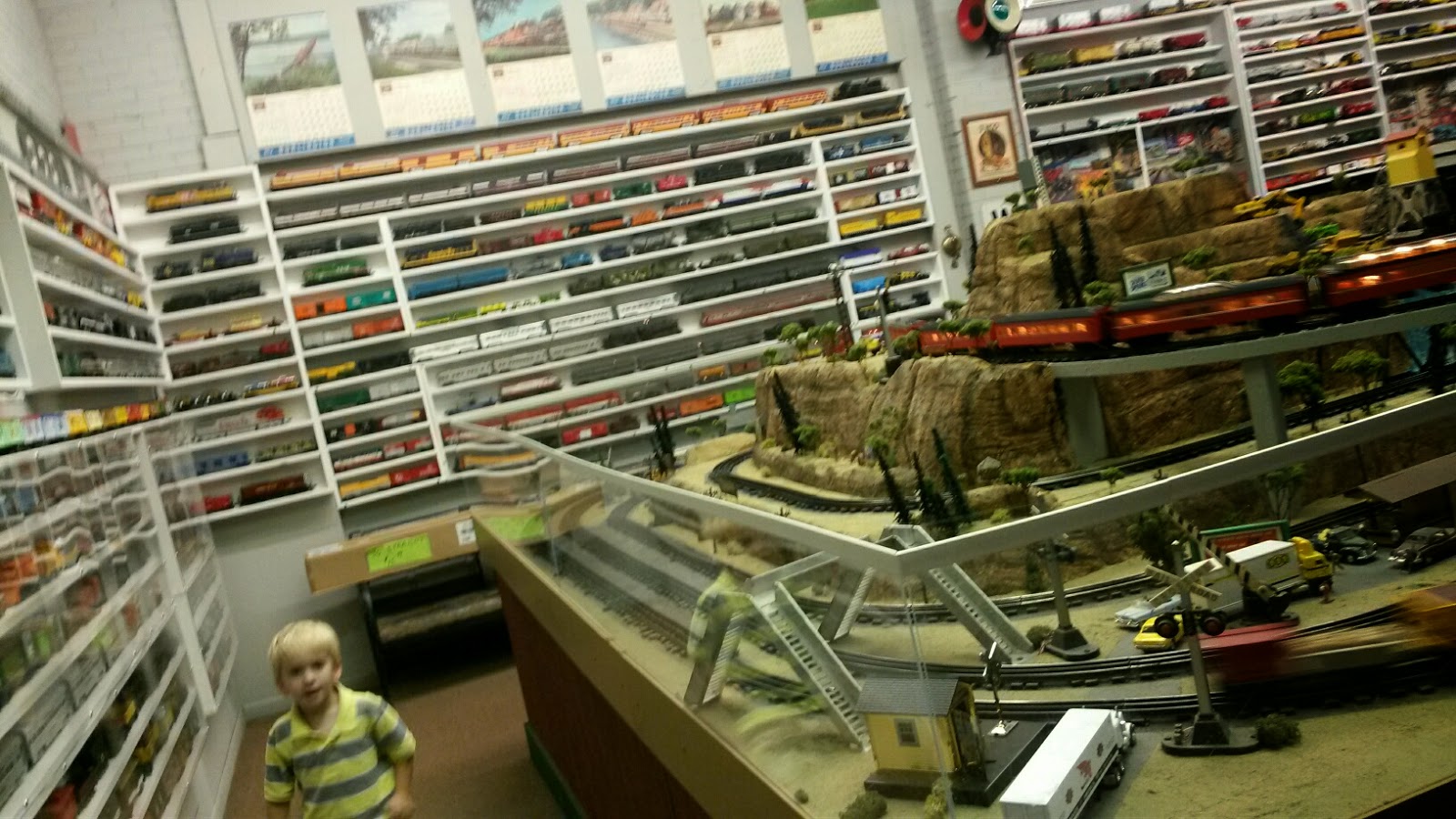 This is a fake conductor man because he is not real and he doesn't work. He just stays like that forever. 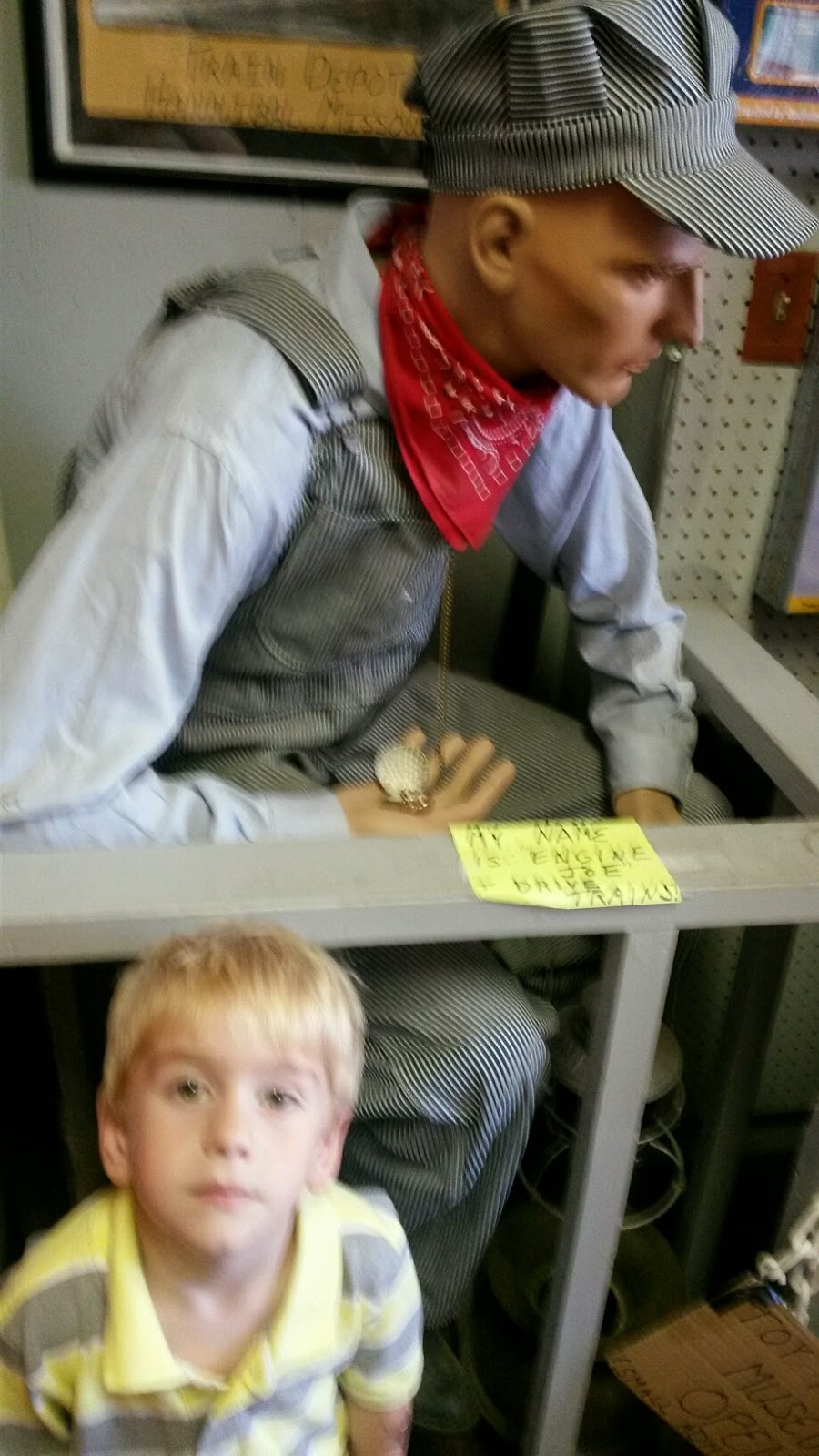 After we left the train museum we went to the Tom Sawyer museum. It had stuff from the book in there.
Plus this stagecoach. 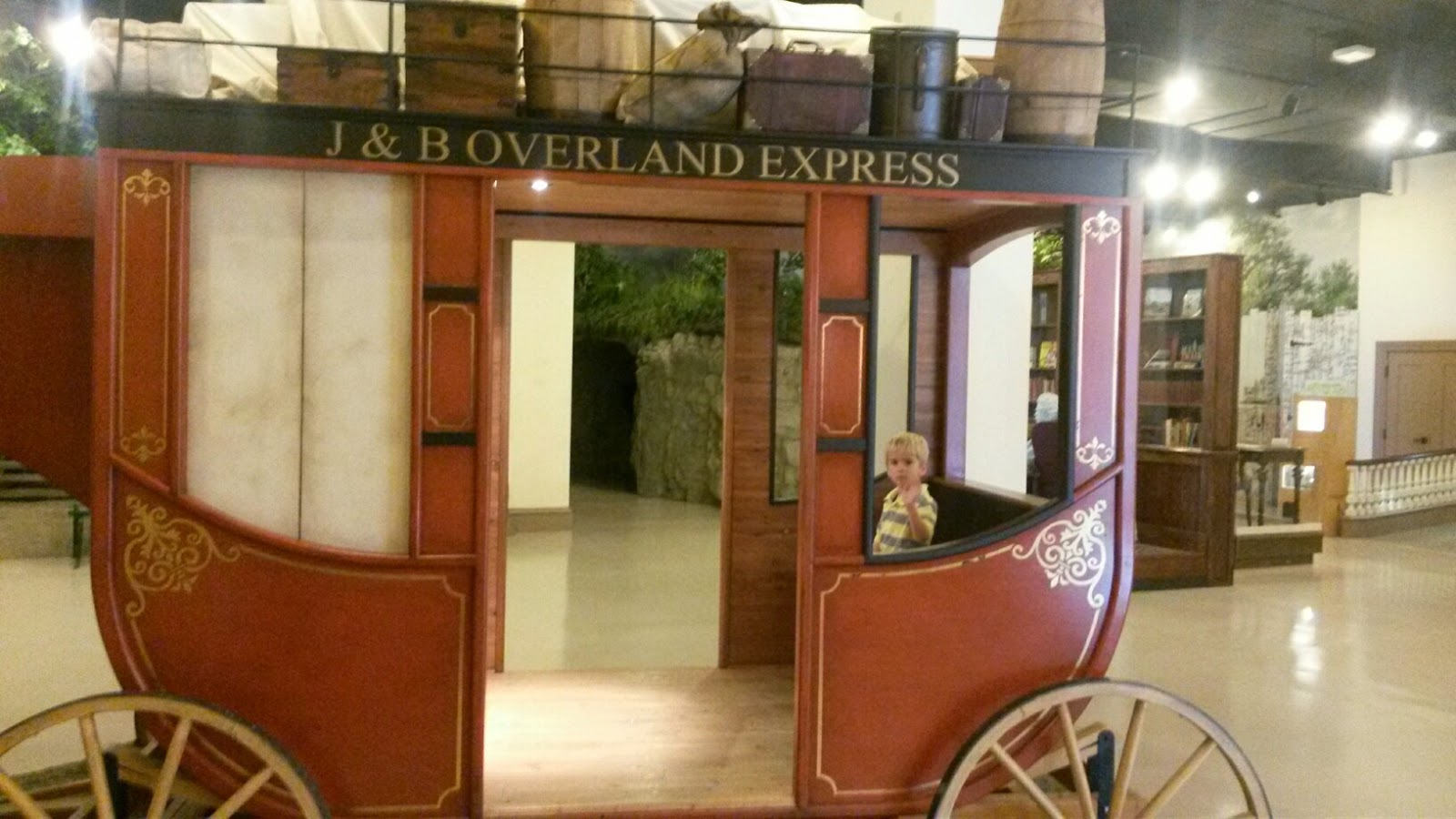 It had a scary cave. It had Injun Joe. He was scary too.
I made Momma leave when I saw that because I thought he was real.
I like Injun Joe I guess. Well, I didn't like him when we went in there. But I liked him when mommy explained how the real one was good and stuff. 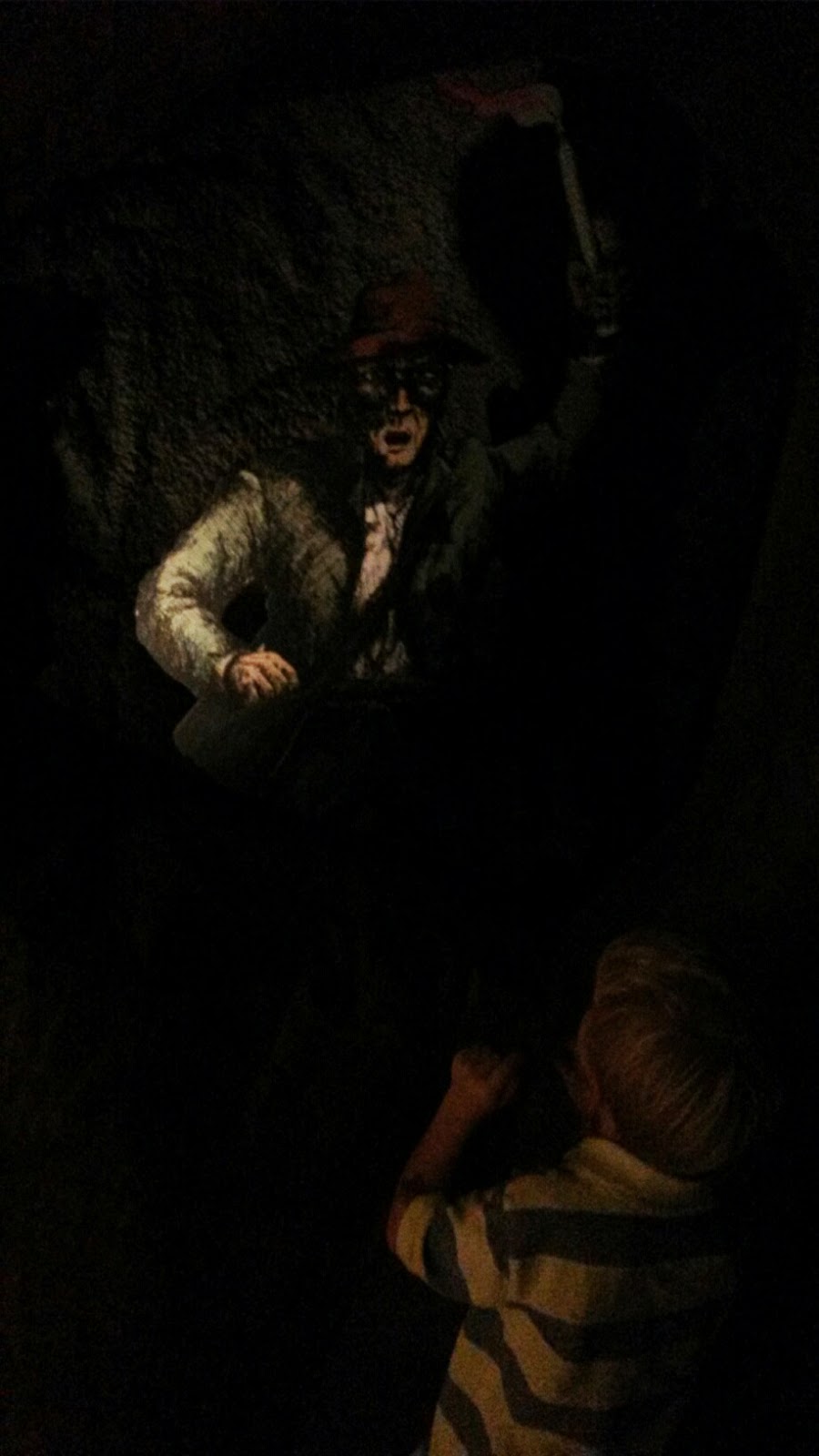 Tomorrow I will tell you about some other things we did in Hannibal only I call it St. Petersburg.
Or St. Petersburger when I am being funny.

Me and Teddy Bear 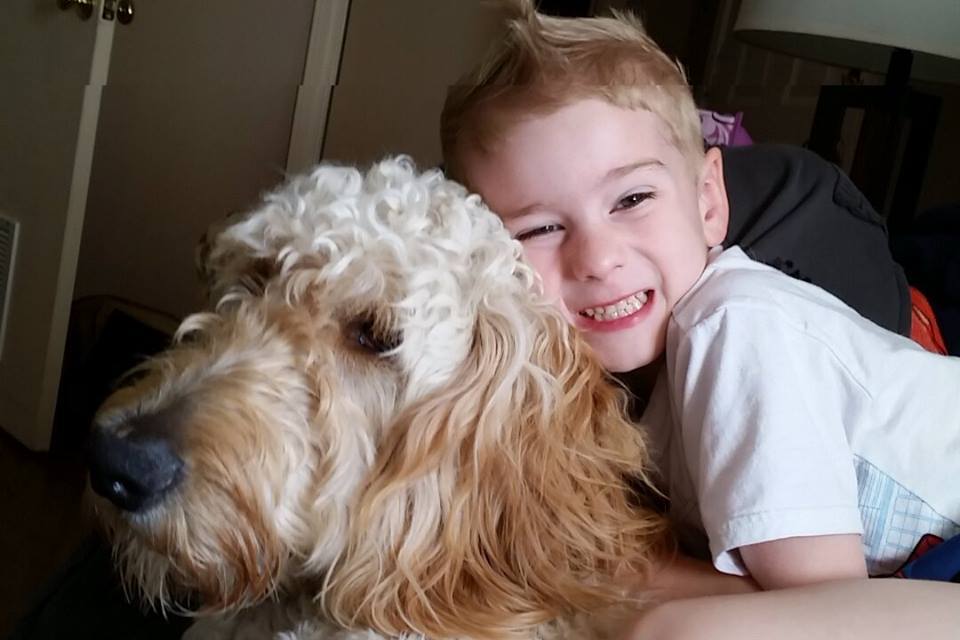